Open
Via the Klettsteig passages of the waterfall path and the Kölblplan you cross the Planspitze. On the descent, the path leads to the well-known Heßhütte and on to Johnsbach.
This tour certainly focuses on variety.

Apart from the route, which includes everything from a leisurely forest path to an insured rock path to an uninsured climbing spot in the 1st degree of difficulty, even the mountain itself has two sides: The steep north face, which attracts climbers, faces a flatter south face. The steep north face, which attracts climbers, is opposite a flatter south face, over which the normal route leads through the open spaces and mountain pine fields of the Kölblplan and partly insured climbing sections to the summit, which is thus also feasible for climbers with sufficient experience. But no matter how and from where one has made it to the summit of the Planspitze, the view of the other Gesaeuse mountains and the deep view into the Enns Valley are the reward for any climbing effort.

Another special feature is the fact that there are two summit crosses at the summit. The varied crossing is rounded off by a visit to the famous Hess hut, a stop at the Kölblwirt inn in Johnsbach and a ride with the Gesäuse shared taxi back to the starting point at the Kummerbrücke car park.

A9 Phyrn motorway to exit Ardning/Admont and from there past Frauenberg, approx. 10 km after Admont. Via the B146 (Gesäuse Bundesstraße) coming from the west into the Gesäuse.

Or via Leoben, Vordernberg and Eisenerz to Hieflau and from there via the B146 in a westerly direction into the Gesaeuse.

A1 Westautobahn to exit Ybbs and from there in southern direction through Scheibbs, Lunz am See, Göstling an der Ybbs and Palfau to Hieflau. From there via B146 in western direction into the Gesäuse

The approx. 15 km long Planspitz crossing to Johnsbach starts at the parking lot Kummerbrücke with the waterfall trail starting from there.

In the first section you hike on a bumpy forest path with partly slippery roots and stones towards the southwest. The path then turns left and the first steep section follows, where you walk straight towards the steep rock faces from which the waterfall that gives its name falls.

At the foot of the cliffs, the well-marked but partly slippery forest and scree path turns off to the west and you soon find yourself at an aluminium staircase that gives you a foretaste of the ladders and climbing sections of the more difficult passages that are still to come. A bit further on is the so-called pulpit, a striking rock corner. This is where you should put on your via ferrata set and rockfall helmet, because this is where the heart of the waterfall trail follows: Tricky but always insured climbing passages with difficulty A/B, as well as rock steps with stirrups and steps will lead you to the "Emesruh". From here, you will reach the exit of the waterfall path via the last, almost vertical ladders. This is followed by a leisurely forest path over the Ebnesangeralm, past the Butterbrünnl, to the turn-off to the Planspitz.

The initial forest path slowly turns into a steep climb and you come to the open spaces of the Kölblplan. At the end of this section of the trail you will find yourself on the crest, from where you can take your first deep views of the Enns and Gstatterboden. The rest of the path leads slightly below the crest over a few secured steep steps and smooth rocky spits almost directly to the summit, which can have 2 summit crosses. Especially in this last section before the summit, concentration and surefootedness are required once again. After the summit break you go back about 50 m along the same path until you leave it to the right and walk to the cross in the upper Seekar.

This section of the trail should not be underestimated, as you will have to climb rock steps (partly insured) several times. You now leave the Seekar and the following Rosskar, each following the foot of the slope, and after about an hour's walk you reach the Hesshütte. After refreshment, follow the normal route to the Kölblwirt inn in Johnsbach, where you can stop for a bite to eat and call a taxi.

If you have sufficient reserves of strength, you can walk from the Seekar to the Peternscharte and look into the Haindlkar.

- At the Johnsbach Bridge in front of the Kölblwirt Inn you have the opportunity to refresh yourself in the cool waters of the stream (the shortest via ferrata in Austria).

A free national park parking lot with information boards is located at the Kummerbrücke about 3 km east of Gstatterboden. There is also the bus stop Gesäuse Kummerbrücke, where the bus line 912 stops.
Tourismusverband Gesäuse

6°C
5%
2 km/h
Rather cloudy in the morning, then sunny spells will develop gradually.
Morning 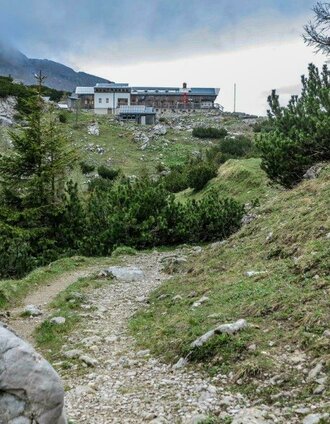 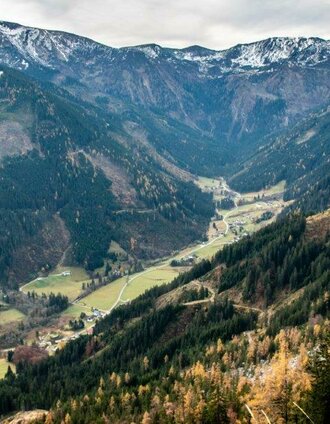 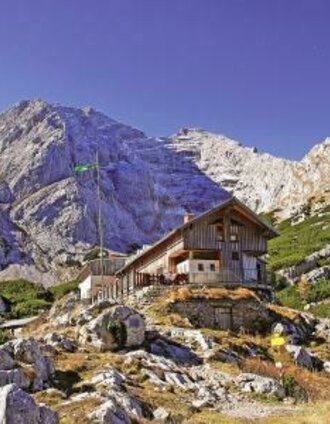 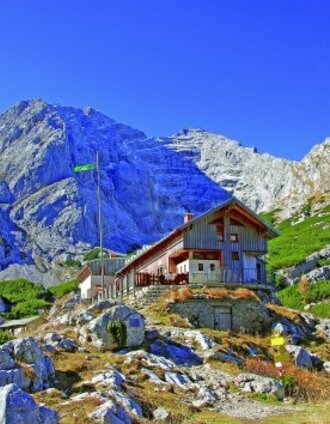 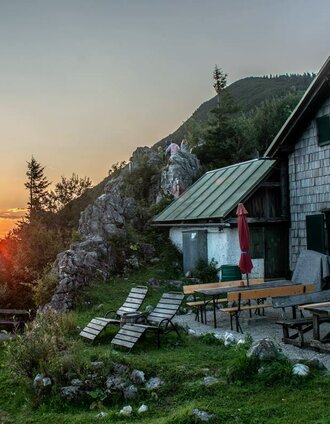 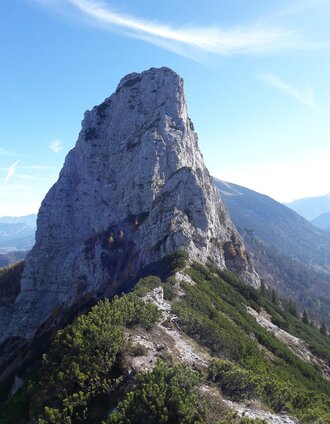 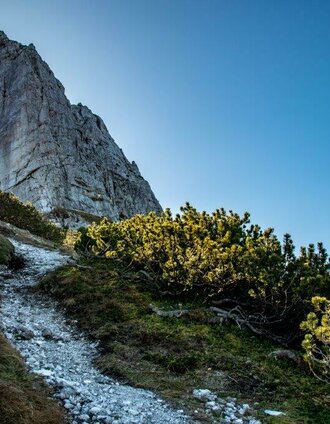