Open
A beautiful and lofty Via Ferrata route that is at the southeastern side of the ‘Großer Koppenkarstein’.

For the approach from the Dachstein Mountain station, through the Rosmarie Stollen over the Edelgries Glacier, we recommend crampons in the morning (in hard snow conditions).

The route, which was constructed by Ramsau’s mountain guides, was named after the mountaineer who accomplished the first ascent of Dachstein's south face: Georg (Irg) Steiner. The constructors, under the guidance of Hans Prugger, set up a great route with good ‘changing spots’ for unclipping and re-clipping - there is either a good foothold or an iron peg.

In spring: Snowfields cover parts of the path to the entry and the descent - crampons are highly recommended.

Access: from Dachstein Gondola’s top station, ‘Hunerkogel‘, turn eastwards towards the Hunerscharte, then across the glacier to the top of the Austriascharte ski lift. Look for the aluminium ladder behind the lift which will take you to the entrance of the Rosmarie-Stollen tunnel. The tunnel takes you to the south side. Follow the hewn out path and hike down to the upper Edelgrießgletscher. Cross below the rock walls and start to hike north at the ridge (with the stone cairn) until you reach the entry point.

Descent: hike down along the secured west-ridge Via Ferrata to the Austriascharte and then back to Dachstein Gondola’s top station. Alternatively, descend via the Edelgrießkar.

Parking lot at the bottom station of the Dachstein glacier 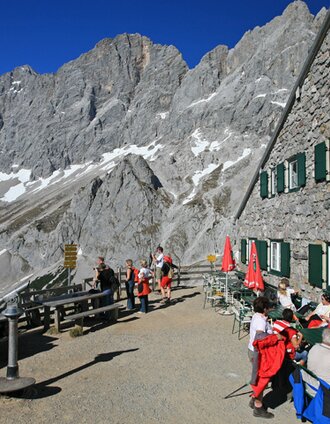 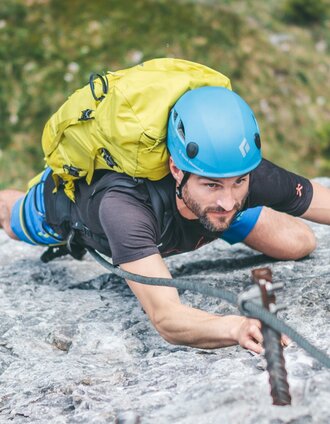 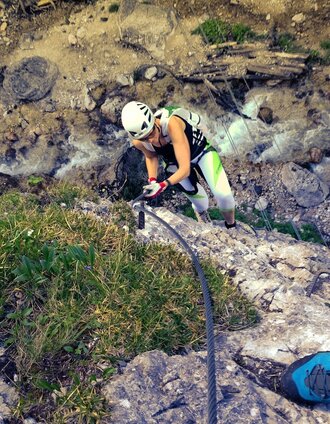 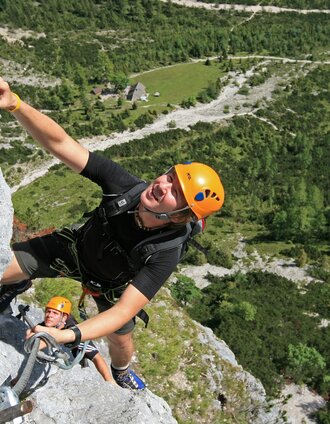 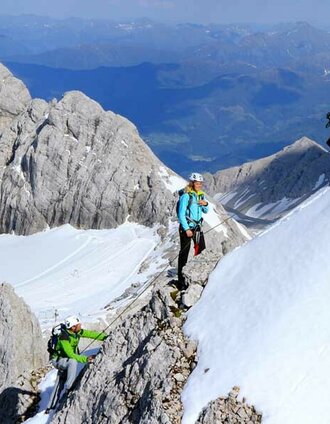 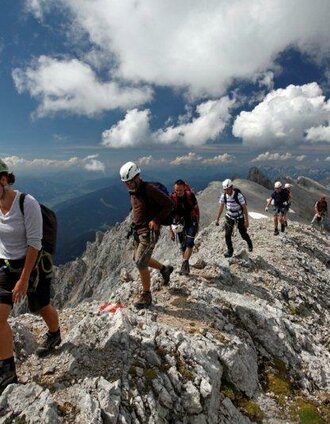 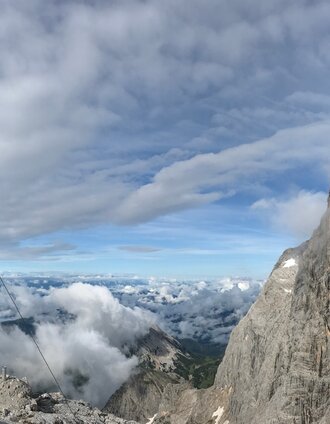