Open
At 6 stations along a pretty walk around the famous Admont Monastery, this exciting theme trail (of the "Styrian Medieval Literature Trails" network) introduces its audience to one of Admont Monastery's most important medical writings, the so-called "Admont Bartholomew", through short text excerpts and splendid medieval illustrations.
As with all eight "Styrian Literature Paths of the Middle Ages", the thematic starting point of the theme path is an outstanding piece of literature that has been handed down locally, in that this literature is made to speak anew, as it were, directly against the backdrop of its native natural and cultural landscape. The connections around the Admont Literature Trail are as follows (according to the cross-site trail brochure of the Literature Trail Association):

The library of the Benedictine Abbey of Admont houses the 15th century manuscript of Bartholomew of Admont, a 'classic' of German-language medical literature of the Middle Ages. Such Bartholomew texts spread throughout the German-speaking world from around 1200 and were also translated into other European languages. Recipes for many different ailments were collected under the name of the famous Salern physician "Master Bartholomew". They provide an insight into medieval healing practices and the ideas about the body and illness that were largely inherited from antiquity. The guardians of this knowledge were monasteries, which collected and translated medical writings and used them for the care of the sick. Their concern for physical and mental health was based on 'moderation', i.e. a balanced lifestyle to maintain health. Illness - so it was thought - meant an imbalance of the four bodily humours or four elements: yellow bile/fire, black bile/earth, blood/air, phlegm/water. Diagnosis was mainly made by means of urine examination, i.e. an examination of the colour and consistency of the urine. Based on this, an attempt was made to restore the harmony of the humours.

Or via Leoben, Vordernberg and Eisenerz to Hieflau and from there via the B146 in a westerly direction through the Gesäuse to Admont.

A1 Westautobahn to exit Ybbs and from there south through Scheibbs, Lunz am See, Göstling an der Ybbs and Palfau to Hieflau. From there via the B146 in a westerly direction through the Gesäuse to Admont.

The path leads us from the orientation station at the large Abbey car park via Marienpark (story station I) down the main street, past the town hall (II) and over to the right to the Abbey wall (III). Along the wall (IV) you come to the eastern entrance to Stiftspark (V). Pass the herb garden and return to the car park.
The trail, which is around 1 km long, is suitable for wheelchairs and can be walked without a user fee, and can be ideally combined with a visit to the Benedictine Abbey of Admont and the Gesäuse National Park.
ÖBB bis Selzthal oder LiezenPostbus Linie 910 und 912
Admont Abbey visitor car park
The complete brochure available on the project homepage http://literaturpfade.uni-graz.at is available in printed form free of charge from the Graz service point of Styria Tourism (http://www.steiermark.com), among others. 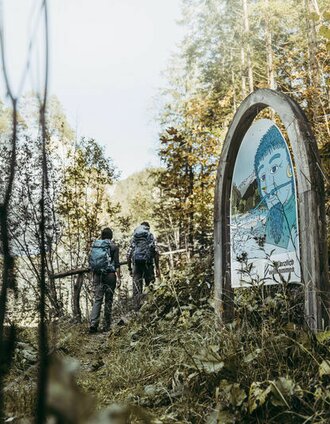 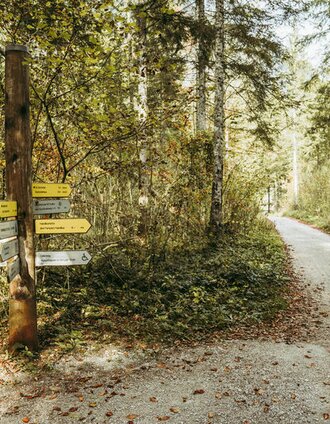 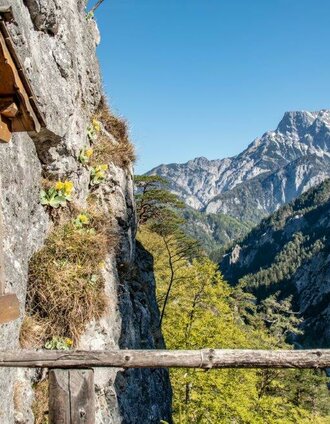 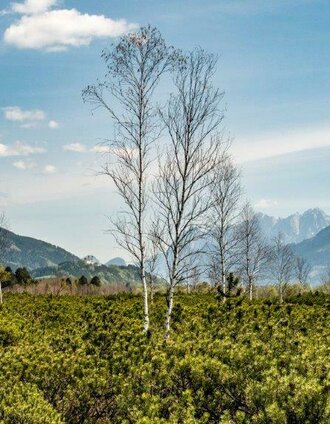 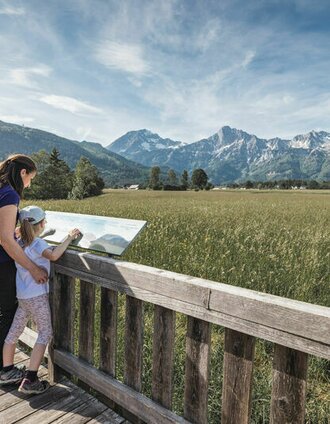 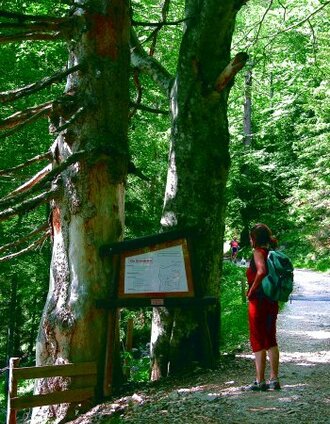