Open
A diversified roundtour for half a day. Especially the route at the lake "Hallstättersee" particularly scenic.
The route is not entirely marked. It makes a round of the mountain "Hoher Sarstein" and  is composed of different parts of other tours.  On the way there are several possibilities to stop for meals and drinks.

Detailed information how to get to the Ausseerland – Salzkammergut you will find on our website!

From the parking at the "Narzissen Vital Resort Bad Aussee" the route leads via a path through the meadows to a former hotel and further eastwards to the road "Sommersbergsee-Straße", then to the right and downwards to the area Sarstein.

From then on you need to follow through the forest the so-called "Salzkammerweg" along the river "Traun". Just before the railway station you must cross the railroad crossing and then follow the road named "Koppenstraße", also marked "R19 Salzkammergutradweg".

The path through the valley of the "Koppental" is just for hikers, therefore this part leads along the country lane.

After about 3 kilometers you shall turn to the right downwards on a graveled road, which need to be followed until the borders to the county "Obersösterreich". From then on this route is called "R2" and leads steep downwards again. Now the route continurs via Obertraun to Hallstatt.

From Hallstatt you will pass  rope bridges and carry on on graveled roads via Untersee to St. Agatha. There you have to cross the street at the restaurant "Agathawirt" and take the road in direction "Halleralm". Soon you turn to the right and shall reach Oberluptisch after a 5,5 kilometers  uphill. There you have to take the way to "Waldgraben".

At the next crossing take the first forest road in direction to "Ruine Pflindsberg" and the village "Altaussee. From then the route takes you back to Altaussee on a taramac road. After the market garden you have to follow along the street until the turn were it says Bad Ischl. Following this way upwards you have to turn again to the first turn at the right called "Hiasngasse" in order to reach the fire station at the main road "B 145". Finally turn to the left, go straight ahead and reach the starting point after 750 meters.

No transport of bicycles possible!

Parking free of charge available at the parking of the Narzissen Vital Resort.
More information:

-2°C
65%
6 km/h
Dull throughout the day with light snowfall every once in a while.
Morning 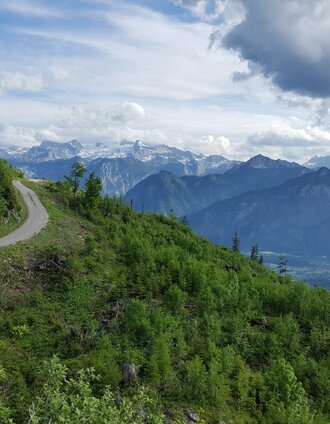 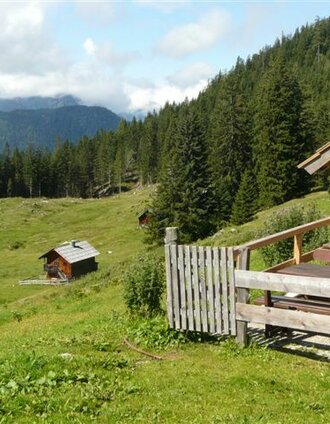 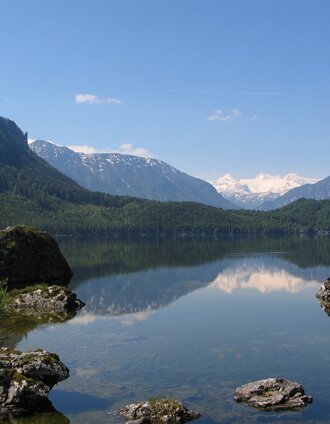