Since the Nordic Ski World Cup in 1999, Ramsau am Dachstein has become a regular feature on the FIS World Cup Calendar - Nordic Combined. Over 65 athletes will compete here to gain the sought after world cup points.

Take the A10 to Knoten Ennstal - take the exit towards Graz/Schladming. Drive along the Ennstal-Bundesstraße for approx. 20 km until you reach Schladming. Take the turn-off for Ramsau. Continue to the village of Ramsau where the XC-stadium is located.

Take the Pyhrnautobahn direction Liezen. Then follow the Ennstalbundesstraße to Schladming. Take the turn-off for Ramsau. Continue to the village of Ramsau where the XC-stadium is located.

From the stadium it goes out and left up the first ascent and past the Waldschenke towards the jump stadium. After a sharp bend further uphill you will reach the highest point of the trail. Now there is a rapid descent and there is a short loop out towards the west. From the turning point back towards the stadium, you make another 180 ° turn halfway there and walk below the descent over to the reservoir. A short loop along the bank and over the last crisp climb and the cross-country ski run back to the stadium. That was 2.5 km - 40 vertical meters - best time!

With the buses of the Ramsau transport company from Schladming (also from the train station) to Ramsau-Ort. Ramsauer Verkehrsbetriebe Timetable www.rvb.at

Parking available at the "Ramsau Zentrum" next to the stadium.
www.ramsau.com/xc 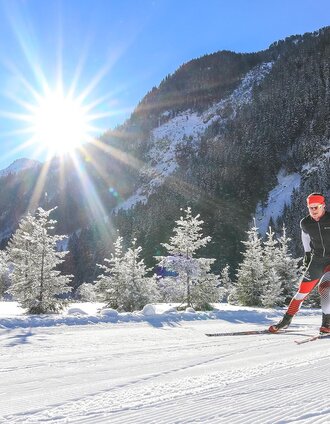 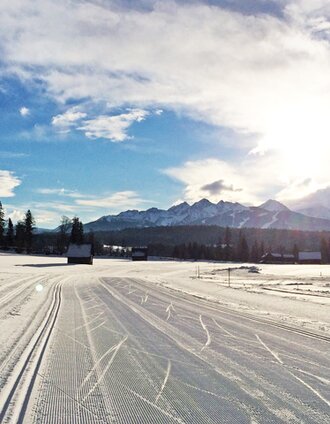 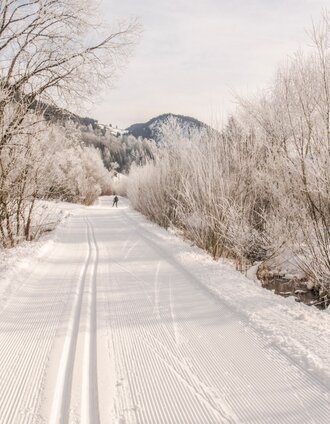 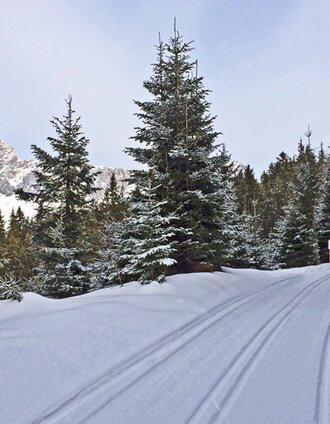 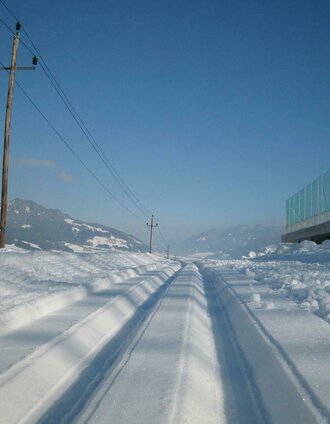 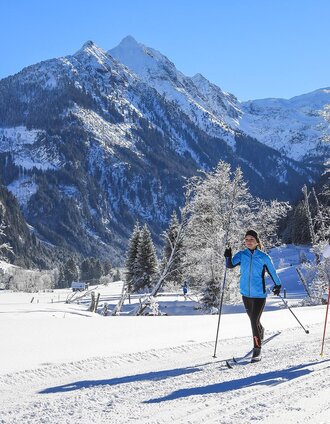 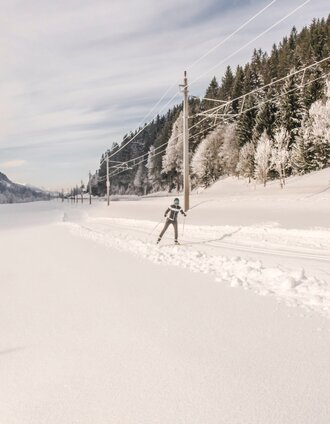