From the Glacier to the Wine - North Route

Open
The northern route of the hiking trail "From the Glacier to the Wine" leads from the Dachstein over the Gesäuse, the Hochschwab and East Styria to Bad Radkersburg in the Spa and Volcano Country. This route presents itself as a journey of discovery of a special kind. Styria offers a diversity of landscapes that is unparalleled in Europe - but it is also known for its cultural treasures, its culinary specialities and the warmth of its people. All these sides of Styria can now be experienced at close quarters and at leisure on the hiking route "From the Glacier to the Wine".

This tour with 35 stages is neither about top athletic performance nor about getting from A to B as quickly as possible. The focus is on the scenic, cultural and culinary specialities along the way, which are presented to the hiker from unusual perspectives, partly by local guides. If you don't want to do it all at once, you can get on or off the trail at almost every stage.

The route is therefore more than just a long-distance hiking trail. Along the way, numerous guides such as the National Park Rangers in the Gesäuse or the apple and wine farmers in East Styria and the Spa and Volcano Country offer guests the opportunity to gain insights into everyday life or to take a look behind the scenes. The impressive landscapes of Styria, such as the imposing Hochschwab massif as the mountain range with the most chamois in Europe, form the framework - and sometimes also the focus. Cabins, restaurants and winegrowers, nature park mediators and monastery patrons invite you to get involved in the details along the way.

From the Dachstein Glacier, the 35 daily stages lead across the Ausseerland-Salzkammergut, the Gesäuse, Hochsteiermark into eastern Styria and finally into the spa and volcano region of Styria.

During the first three stages, which lead from the Dachstein over the Stoderzinken to Bad Mitterndorf in the Ausseerland-Salzkammergut, bone-dry karst areas, lush alpine meadows, sparse and dense larch forests and small alpine villages determine the scenario. After another three days and just as many stages, the route then leads over the alpine pastures and lakes of the Tauplitzalm, the largest lake plateau in Central Europe, through the Tote Gebirge and the Wörschach ravine to Wörschach in the Enns Valley.

The other stages lead through the national park Gesäuse, over the Hochschwab and through the national park Mürzer Oberland with the peaks and alpine pastures of Veitsch, schneealm and Rax. A must: a visit to Admont Abbey with its numerous museums and the largest monastery library in the world. From Mürzzuschlag on the UNESCO World Heritage Semmering Railway, the tour heads southeast over the Stuhleck and the Fischbach Alps to the historic town of Hartberg. Here, the tour flattens out noticeably.

No other region in Austria offers such a high quantity and quality of culinary products. Past vineyards and orchards as well as the 6 thermal spas of the spa and volcano region, we head to Bad Radkersburg.

Still good to know: The northern route as well as the southern route can also be hiked in sections, because thanks to public transportation, there are also so-called hiking and valley buses as well as hiking taxis - it is possible to return to the starting point from almost every final destination. 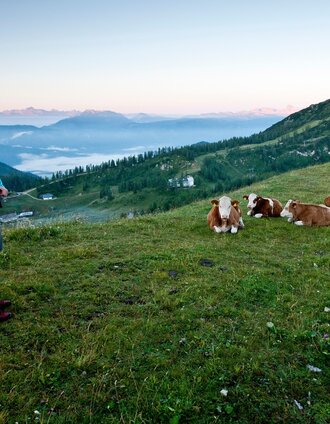 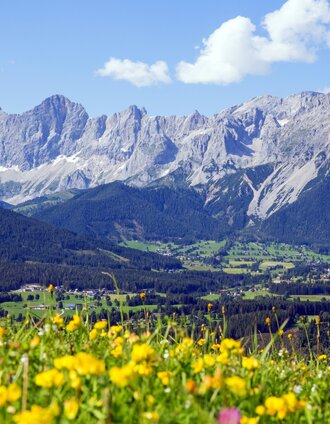 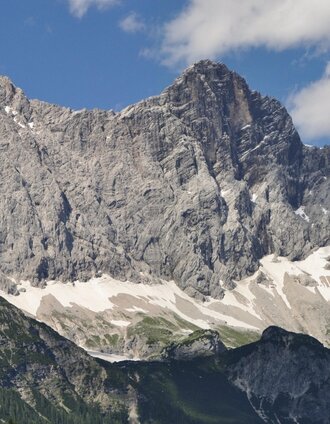 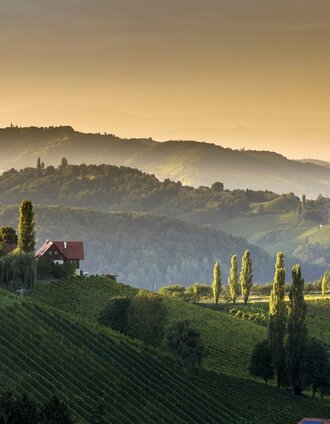 From the Glacier to the Wine - South Route